Paying for the Anomalous 20th Century 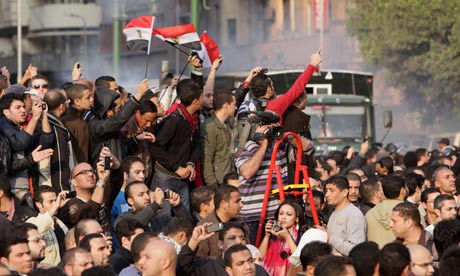 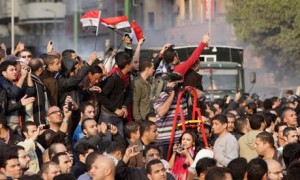 I’ve had a nascent theory in the back of my mind– maybe more so a gut instinct or fear — that the concentrated collection of destructive events in the last 10-20 years are a result of the pendulum swinging back after the glorious 20th century. It was simply too much, too fast, too good. I’m no historian, but I think the concentration of war and terrorism and environmental disaster from, say, 1985-2005 has been the universe somehow regaining equilibrium.

I recently researched the bubonic plague. The three iterations of the plague killed ~75 million people. Although it was arguably a deadlier and more destructive historic event as a stand-alone, if you add up several more recent terrors (a non-exhaustive list, at that): 9/11, Hurricane Katrina, Haiti earthquake, 2007 tsunami, Iraq/Afghanistan wars, SARS/bird flu other biomedical scares — these seem implicitly worse, and eerily more so on a trajectory.

For lack of a better term, the universe may be putting society back in its place; reminding us that Mother Earth’s tsunamis and hurricanes are greater than we; the smoggy planet is angry after our Industrial Revolution. Further, and more importantly for the global marketplace, we are angry at one another after the catapult into a globalized economy. Rapid idea and information dissemination has — despite the trend of political correctness and increasing tolerance for diversity — perhaps increased our animosity toward one another. (Here, I mainly allude to segments of Middle Eastern/developing nations’ rising awareness, jealousy,  and resentment of Western values, lifestyle, and politics.) As such, I posit the following: Would Islamic fundamentalists have been inflamed enough to commit 9/11 if the previous century had been less an anomaly of transformative, progressive innovation and invention?

We talk about social media empowering consumers like never before. I love Twitter because it’s the ultimate democratization of information. It’s grittier than meticulous, revised blog entries and methodical Facebook posts.

Instantaneous access to news didn’t exist 15-20 years ago. Recall that the fall of the former Soviet Union and Eastern Block was mainly due the ability to send fax messages. The Solidarity Movement in Poland primarily communicated via fax because their phones were tapped. Technology has at least lubricated and arguably enabled the new social change.

This January, tens of thousands of protesters mobilized in Egypt to demand an end to authoritarian president Hosni Mubarak’s nearly 30 year reign. The protests were organized in part through Twitter and Facebook. TechCrunch reported that Egypt blocked Twitter.com (website and mobile site) in an attempt to subdue the demonstrations.

12.57pm: There is intense activity on Twitter, particularly with respect to Egypt, using the #jan25 hashtag. Lots of photos are emerging, including this image from Shubra, a district of Cairo, courtesy of @Gsquare86.Here are some pictures taken by @salamander and some more from @laurenbohn, including a particularly striking one of a man defiantly holding a banner saying “enough” in front of a police line.

@ashrafkhalil: #Jan25 crowds overwhelming police cordons outside courthouse downtown!
@sandmonkey: Security tried to storm protestors. Failed. Regrouping. #jan25
@Alshaheeed: If you are in Cairo and you were waiting for something to happen to go to the protest. It’s real. Time now to go. #Jan25 #Egypt
@salmander: If you are in a cab or speaking with people in the st tell them to break the barriers of fear #jan25
From Jack Shenker (@hackneylad), reporting for the Guardian: Protesters marching past min of foreign affairs chanting ‘Tunis’ and revelling in their control of the street #jan25

Social media is playing a growing key role in organizing and broadcasting protests globally. Unlike traditional media outlets, such as newspapers and television, Twitter and Facebook are difficult to control. Completely blocking them is the only choice. And that is likely to further rile dissenters.

Just as marketers shy of social media fear the conversational power shift tipping toward consumers, governments have no choice but to recognize the power of social, too. It started with a single fax. Now it’s #jan25. I can’t wait to see what’s next.