Modern Music: The Money at the End of the Rainbow

“We should stop asking, ‘how do we make people pay for music?’ and start asking, ‘how do we let people pay for music?‘” -Amanda Palmer, TED Talk: The art of asking (February 2013). I don’t want to discuss Palmer’s controversial, record-breaking Kickstarter campaign, which asked for $100,000 and ended up generating $1.2M from 25,000 fans. What’s more interesting is the paradigm shift in the music industry that most markedly began with Radiohead’s 2007 free digital release of their newest album. Artists are asking and fans are giving. Sometimes. 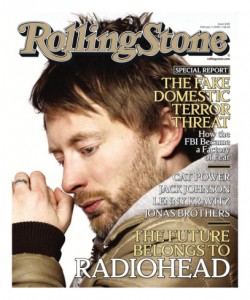 Palmer’s opposite of Metallica M.O. is more salient to the reality of music consumption today than the traditional pricing, touring, and record label model. In a vacuum of capitalism where the Internet didn’t allow such easy piracy, standard pricing and control over content would make sense like it used to. But we don’t have a vacuum, and smart artists adapt.

Public Enemy (1999 – paid download), Smashing Pumpkins (2000 – free download), Radiohead (2007 – free download), Trent Reznor (2008), Amanda Palmer and others have released their music first online with varying price structures before iTunes Store opened on April 28, 2003. But in 2007, iTunes had just become the third largest music retailer in the U.S. and online music was exploding. Radiohead blazed the trail on October 10, 2007 in the first major album release in which consumers could name their own price. Radiohead’s contract with their label EMI ended after 2003’s Hail to the Thief. After four years of turning down offers from other labels, in October 2007 Radiohead took a bold step in releasing their next album independently and digitally with a pay-what-you-want model.

“I like the people at our record company, but the time is at hand when you have to ask why anyone needs one. And, yes, it probably would give us some perverse pleasure to say ‘F*** you’ to this decaying business model.”

Radiohead beat the album leakers to the punch by basically leaking their own album. Fans went to the band’s website inrainbows.com to download the 15-song MP3s. Big Radiohead fans, my college roommate and I were blown away and totally impressed when we clicked the download button and saw the prompt “It’s Up To You.” Click again and it refreshed with, “It’s Really Up To You.”

Including $0 payments, the average fan paid $2.26 per download, meaning Radiohead came out ahead compared with the ~15% they’d receive via the standard record company release model.

“People made their choice to actually pay money,” [Radiohead manager Chris] Hufford said. “It’s people saying, ‘We want to be part of this thing.’ If it’s good enough, people will put a penny in the pot.”

The CD release followed at the end of 2007. A year later, In Rainbows had sold more than 300 million copies worldwide in digital and physical formats.

Creative musicians will continue to find ways to circumvent the technology that has made it irresistably easy to pirate their music. But Amanda Palmer’s asking/giving/taking and Radiohead’s pay-what-you-want models aren’t new; they are a return to the organic way street musicians and entertainers exchanged their art with others, as Palmer points out in her TED Talk. 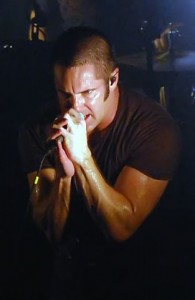 Following In Rainbows, in November 2008 Trent Reznor took a shot at a different online release model when he co-wrote and produced Saul Williams’s album The Inevitable Rise and Liberation of NiggyTardust. Fans could download it for free or pay $5 for a higher quality version. The results were disappointing. As of January 2, 2008, 154,449 people had downloaded NiggyTardust and 28,322 of them paid the $5.

… the way things are, I think music should be looked at as free. It basically is. The toothpaste is out of the tube and a whole generation of people is accustomed to music being that way. There’s a perception that you don’t pay for music when you hear it on the radio or MySpace. -Trent Reznor, cnet.com

Radiohead’s free offering compelled us to pay a $2.26 average, but Reznor’s tiered free/premium model had less lucrative results at first.

For artists to follow Radiohead’s model en masse with success, our entire culture of music consumption would need to resemble the one Amanda Palmer champions. Unlikely for now, and unfathomable for less famous bands without dedicated followings and years of successful marketing and albums behind them.

I haven’t bought a hard copy album in years. The last I can remember was Tool’s 10,000 Days in 2007. The unique hardcover album case with stereoscopic glasses and Alex Grey’s art was simply incredible (and it won the Grammy Award for Best Recording Package). I have dabbled in iTunes and Amazon MP3 purchases but the closed environment and lack of ownership always bothered me. You’re leasing, not buying. I have no need to illegally download music now. Spotify is revolutionary. And mind-bogglingly cheap for the universal multi-device access you get to nearly all recorded music. Spotify hardly pays the artists, but overall it’s a more reasonable solution to the problem at hand than expecting consumers who won’t pony up $5 for an album to keep paying 99 cents a song. Maybe the Spotify model will make fans more willing to pay in other ways. It’s certainly the most convenient and instant access I’ve ever had to music, especially brand new music. Plus, with the Copyright Alert System, who wants to risk illegal downloads anyway? Instead, I’ll attend concerts and — after our Digital Dive Podcast interview with Zoroaster’s Dan Scanlan — I’ll buy plenty of merch.