Exaggerated Growth of Google Plus

The marketing world seems less enamored with Google+ now than during the weeks surrounding Chris Brogan’s paid (stupidly controversial) tutorial. That should not be disheartening. I am rooting for Google+ because it is worlds better than Facebook for users and for the Internet at large. But if it continues to be used primarily by the social marketing niche, that might be just fine. At present, compared to Facebook, Google+ is not ideal for businesses. We keep wanting to encourage the whole world to shift over or doubly occupy the two platforms. It’s a matter of convenience or social media compulsion when we ask our Facebook-addicted friends to hangout in a Hangout, to remove their FB syringes.

One of the strongest Google+ features is the easy-to-find quality content. The level of interaction and exchange is unparalleled. It has search (Facebook is out) and it’s connected to Google apps and profiles (Quora is out).
It doesn’t matter if my Facebook friends join me on Google+. It’s a self-selecting process and I’d rather keep my circles trimmed anyway. Most of the Misc. bucket types who have circled me on Google+ clearly did an import all from Facebook friends, a bulk add, and promptly abandoned G+ the next day. On BeanCast 172: Circle Trouble Bob Knorpp, Joseph Jaffe, Kevin Briody, Spike Jones, and Noah Kerner discussed a leaked internal rant from Google employee Steve Yegge:

Yegge chides Google management for not using its own burgeoning social platform. (CEO Eric Schmidt did not sign up for Google+ until three months after launch.) Consider this negative side and the arguably hyperbolic headlines about the lightning growth of Google+:

Google+ has hit 25 million users, making it the fastest growing website ever, according to a comScore report relayed by Reuters.By comparison, it took Facebook 3 years, and Twitter 30 months, to hit that number, says comScore. -Business Insider 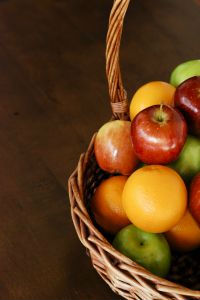 The whole debate is so unnecessarily polarized. In such a growth headline, there is no operational definition. Growth meant sign-ups. But what about use? The Google+ 25 million user growth stat is not meaningless. But it is a bit of tech muckracking. Comparing Google+ initial user growth to that of Facebook or Twitter is not apples to oranges, as some marketers may argue, but is comparing Golden Delicous to Pink Lady to Red Delicious. And the harvest season for Golden Delicious (Google+) had better weather and a larger orchard. It’s too easy to be dismissive of Google+ simply because we’re hardened veterans of the Buzzes come and gone. Remember it does not need to beat Facebook to succeed.