Obviously social media opens new doors for marketers, but it also provides us with new sociological survey data. Only the subjects aren’t aware they’re being studied. It’s like that valid research method, natural observation. If inherently subjective ethnographies based on very small sample sizes are valid in anthropology and I am a technological anthropologist (Angela Natividad’s wonderful term) then surely I can liken all U.S. or global Twitter users to a tribe. I can measure their operationally defined behaviors in their natural habitat, the Twitterverse. This is the new anthro. 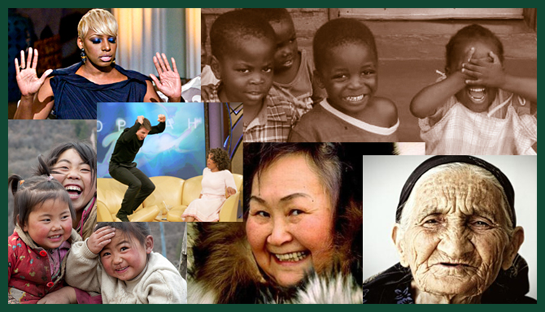 This stems from reading a recent study by the Vermont Complex Systems Center, who created a “hedonometer” for 10 million geotagged tweets:
The Geography of Happiness According to 10 Million Tweets – TheAtlantic.com, 2/19/13

(First I must note the correlation between religiosity in the Bible Belt and lack of happiness.)

Second, this is not the first study to link Twitter sentiment to mood:

Traders seem convinced that social chatter from a specific group or about a specific event (like a new Apple product or changing Netflix service) can be a predictor of where stocks are headed. Yet it was more than a year ago when Indiana University’s Johan Bollen found that his team’s Twitter sentiment analysis predicts changes in the market with 87.6 percent accuracy…. his work suggests that collective social mood leads the DJIA closing values by a few days’ time.

Bollen’s findings suggest that mass Twitter sentiment can predict the economy. There is validity to such studies despite the inherent sample bias.

What should be explored is that with Twitter, we can endeavor to gauge sentiment for groups on such a larger scale than is possible with typical surveys and limited sample size. This is what Bollen is doing with computational social sciences – and this is so important for marketers. Think neuromarketing. Granted, you’re only getting subjects who use Twitter – huge caveat. In certain states, depending on culture, it’s possible that Twitter tends to be used by people who are happier, sadder, or who tweet certain trigger words more often.

Mississippi is one of if not the nation’s poorest state. That must contribute to it being the #2 saddest. But the economically depressed state of my alma mater, Michigan, may be even sadder and they don’t have Southern cooking to eat their feelings. You are what you eat…

If I were a food marketer, I would go to town over this kind of data. Market your product as a solution to three struggling economic problems to start:
1. Lack of happy sentiment in the aggregate
2. Loss of community pride
3. Need for grocery value in communities with high unemployment rates

…happiness data correlates with income and the prevalence of obesity in an area.

For individual cities, the Vermont researchers note, the amount of swearing contributed substantially to their final scores. They think it’s worth investigating this phenomenon, which they call “geoprofanity.”

In Jill Noble’s 2011 interview with Johan Bollen, he explains the unique opportunity that Twitter offers as a glimpse into immediate, focused, raw emotional output. With limited characters and the immediacy of tweeting (especially on mobile) it offers a more targeted and insightful view into millions of everyday moods as they change around the globe.