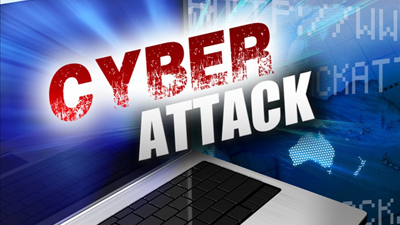 News reports of major corporations falling victim to cyber attacks flood the media. What does this mean for us as individuals? As consumers? As a society? How serious a threat are we facing, and how much of it is media hype?

I. Boston Marathon Bombing media coverage: Twitter’s integral role. From helping runners notify their loved ones amid the chaos, to hospitals communicating occupancy information, to the Boston Police Department announcing the capture of the suspect — Twitter played an important role in the devastating event. To find out ways to help the victims, click here.

II. Spamhaus and other recent/notable cyber attacks. The list of companies that have fallen victim to cyber attacks reads like a Fortune 50 list — Microsoft, Apple, Facebook, Twitter, The New York Times, Sony, and even government entities such as the US Federal Reserve, South Korea, North Korea, etc. have reported major security breaches linked to hackers. Recently, the infamous Spamhaus attack caused a global Internet slow-down by what some experts are calling the biggest cyber attack in history. Click here to see the Cyberbunker building image referenced.

III. Portrait of a Hacker. So, who are the men and women behind cyber attacks? Melanie and Emily discuss hacking history, a common type of attack (denial-of-service attack, or DDoS), and three types of hackers: ethical hackers, hacktavists, and organized cyber crime groups. Is there a such thing as a good hacker?

IV. What we’re doing about it. Governments and corporate executives are beginning to realize the severity of a potential cyber attack. We review the ways the EU, U.S., and others are taking protective initiatives.

I. FireMe! App – New app which tracks certain negative phrases about bosses and jobs in social media and rates how likely they are to get the poster fired.

II. Vine – My love/hate relationship with Vine, a sometimes bagbiter new Twitter-owned social media platform that allows users to create six-second looping video mash-ups. Less than three months after its January 2013 release, the video-sharing service topped the U.S. App Store’s list of free iPhone apps. I found one paragraph of John Constine’s 4/20/13 techcrunch article about Vine quite poignant about the general experience of using smartphones to memorialize moments in our lives:

It’s when Vines disintegrate that I get truly angry, though. It’s blatant violation of the implicit value exchange between a human and an app. Rather than live a moment, I recorded it. When I ended up with nothing to show for it, I feel cheated.

III. Shopping for Flights Online: When to Buy – Melanie offers tips on how and when to get the best deal on airfare online.

You can download or stream The Digital Dive Podcast at thedigitaldivepodcast.com or search for us in the iTunes Podcast Directory–> If you like the show, please subscribe and/or leave us a review!

The Digital Dive Podcast is on Stitcher, the best free podcast streaming app. New to Stitcher? Please sign up with our link:

The Digital Dive PodcastTM: Get the most out of technology… without ever fully giving in