Get Mavericky and “Join the Conversation” 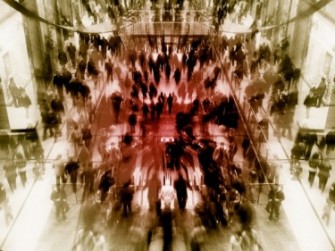 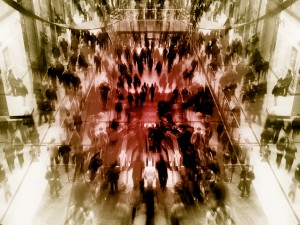 But simple, vague advice like “Listen to the conversation around your brand” and “Join the conversation” is inadequately qualified. I can find eggheads on Twitter who’ve tweeted these very platitudes. Without explanation, they’re worthless.

“Join the conversation” has become my cringe phrase of choice, replacing my favorite Sarah Palin gems “maverick” and “reign in spending” and “shore up.” Well, maybe those are worse.

I heard something poignant; may it guide our mavericky marketing ears: We should listen but not eavesdrop. (Idea from Steven van Belleghem, The Conversation Manager on Jaffe Juice podcast #145.) 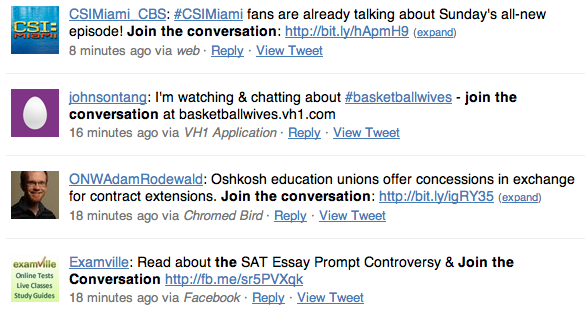 A brand that eavesdrops and replies to the most insignificant mentions interrupts the consumers’ conversation, instead of politely jumping in where it is useful. This is where social media becomes a time suck. Plus, actions speak louder than words. Imagine a nasty tweet about your brand from a Twitter complainer who has a major sense of entitlement post-this crazy time of brand democratization. You must be able to differentiate the bitching from the truly problematic:

Waste of everyone’s time, please unjoin the conversation even though you’re amusing:

Rather than have a drawn-out public @ conversation which should shift to a DM conversation in the beginning, just take action if you think their complaint is valid. WWRDLD? (What Would Ramon De Leon Do?) The Chicago Dominos Pizza franchise owner became famous last year when he creatively apologized to a customer’s tweet about her pizza being late. When the complaint is legitimate, real action like that works. Fake action is tweeting a canned response, especially if it has exclamation points.