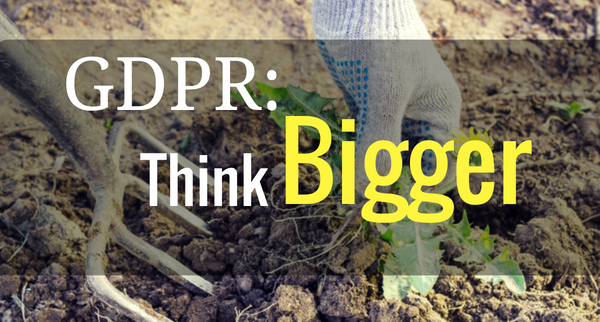 GDPR: let’s think bigger than the impact on email marketing databases and programmatic declines and the future Facebook Ads.

More interesting: a birds eye view on the theme that strings together GDPR’s implications for marketing:

Will legal jeopardy stifle innovation and business as a whole?

What’s happening on a larger scale than GDPR:

Governments, parents, self-help experts, you name it – we are all reactively trying to regulate the technology and unchecked dispersal of information and user data. It’s been a melee for years, mostly to the masses’ enjoyment but at times to our detriment. The 2016 election with fake news and Russian hackers kicked concern into high gear, but it’s been a long time coming. 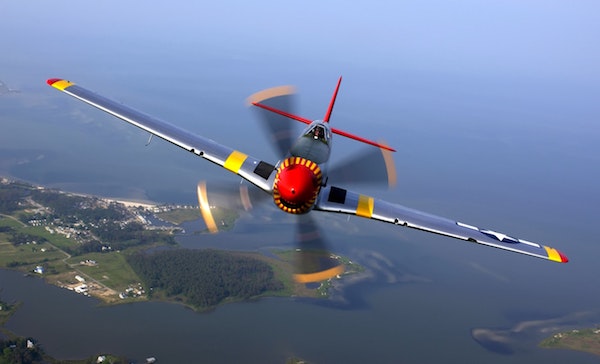 We’re trying to fix the plane while it’s flying. We’ll drop a few screwdrivers in the air but eventually right the bird. It’s bumpy because we are handling the pesky admin portion of what we as both marketers and users have been enjoying unencumbered. Few people read the tomes that are privacy policies. Humans are hardwired to avoid bad news (ignorance is bliss). We’ve just been scrolling and tapping along, enjoying our dopamine addiction and returns on $FB and $GOOGL.

The Third Wave is cresting:

In The Third Wave Steve Case posits that the oncoming third wave of technology will be marked by a new necessity for companies and government to cooperate. It won’t be possible for a few mavericks to hole up in Silicon Valley and create apps that connect friends for “free” or bankrupt taxi drivers and hotels.

Tech companies will have to get buy-in from governments. Future products will cross new boundaries between our technology and our bodies and minds, necessitating updates to law. Since we’ll be in uncharted territory where tech becomes omnipresent in our lives, whether that is through AI, robotics, or smarter homes and cars, business simply must find a way to survive and innovate under new regulations. Moreover, business will have to influence regulations. This is Steve Case’s vision, and it makes sense to me.

Tech has enjoyed a gravy train of little regulation because government is slow and old. 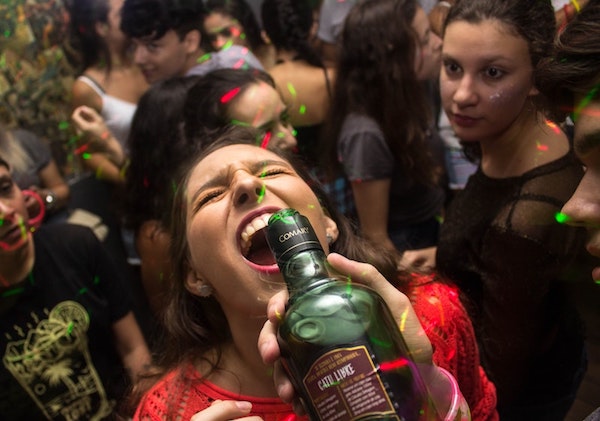 Digital marketing in the U.S. is like one long weekend with mom and dad away leaving oblivious grandparents in charge of teenagers sneaking beer into the basement. Just watch a replay of Senators’ pathetic lack of understanding of i. how Facebook works and ii. how to ask good questions. 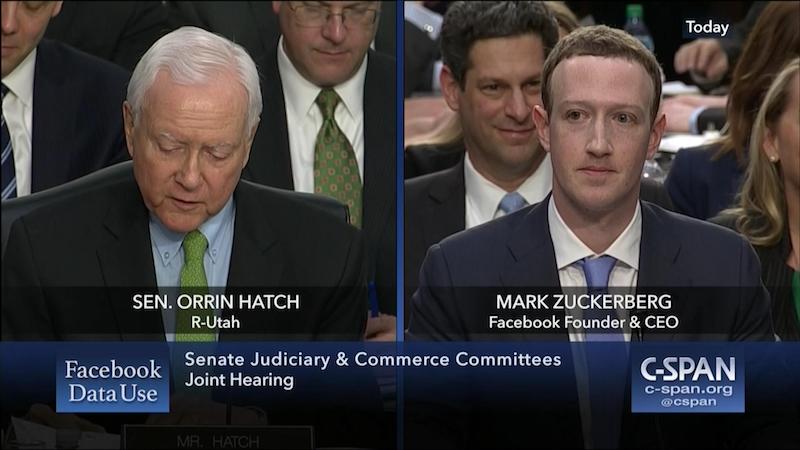 (Also, because advertising is an industry lacking a standard code of ethics, as Farrah Bostic has pointed out on The BeanCast. Law, medicine, and other fields with great influence adhere to standards that professionals are universally taught. We don’t, and we #AdFail5 left and right for a reason.)

It’s catching up with us.

“If [a version of Facebook will always be free], how do you sustain a business model in which users don’t pay for your service?” Sen. Orrin Hatch, the 84-year-old Republican from Utah,  asked early on in the five-hour Senate Facebook hearing.

The U.S. is still the Wild West of privacy whereas the EU is a much more together place. That’s why Zuck moved Facebook Island (a database of users with no set location) from Ireland to the U.S.

But increased regulation is coming.

We discussed some of this on The BeanCast – click here to listen.