Politics aside, the National Rifle Association (NRA) is a brand. Because of social media, the horrific Sandy Hook, CT school shooting this month was a PR crisis for the NRA in a different, more intense way than past violent events involving firearms.

Moments before the news broke on Friday 12/14/12, at 9:35AM EST the NRA Facebook page posted about a giveaway. Shortly thereafter, news outlets announced the Sandy Hook massacre that killed twenty-six people, including twenty children. That evening, the NRA took down their page. They withheld comment until they reactivated it on 12/18/12 with a post explaining their silence:

…Out of respect for the families, and as a matter of common decency, we have given time for mourning, prayer and a full investigation of the facts before commenting… 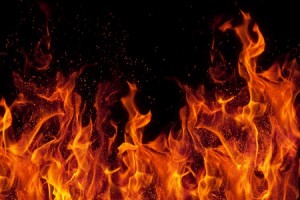 I see the reasoning for preventing intense flame wars:

“As a PR professional, it goes against my instincts and the recommendations I make to clients who stop posting on social media channels in times of crisis,” says Stu Opperman, chief strategist at Impact Players. “[But] with the nation’s collective emotions as raw as they were, any immediate post the NRA made, short of a complete reversal of their long-held position opposing nearly any form of gun control, would be demonized and seen as callous and unfeeling…” –prweekus.com 12/20/12

One could argue that going dark demonstrates a lack of understanding of social media (focus on transparency). The avoidant reaction was meant to halt the onslaught of an emotionally and politically charged conversation and the demand for a response they did not have.

Message 1: We don’t know how to handle this crisis.

Could be interpreted as a blend of:
Message 2: This is our crisis management plan.
My initial reaction: Hiding the page was not a sign of respect, as claimed. Merely having a Facebook page is not an implicit sanction or approval of current events, the opinions of its fans/detractors/page commenters, or a sign of anything more than having a second WEBSITE. Simply, a Facebook page is another brand website which enables more public conversations. Of course there is more risk involved. Is that risk the primary differentiator between your website and your page? I.e., NRA.org would not go down during a crisis. Techcrunch explains why merely disabling comments would not suffice – this makes sense.

Being present on social is not a switch you turn on and off as it suits your brand.

But was this instance an exception?

Retail analogy: Your Facebook page is your storefront – your business address. It’s what you post on that page (i.e., what you stock on your shelves or display in your windows) that sends a message.

Have a crisis gameplan. Learn from the multitude of social media blunders. This was new territory. What would you do?

*My sympathies go out to anyone grieving over this tragedy. This post is about social media and is not meant to take a stance on violence, gun control, or politics.