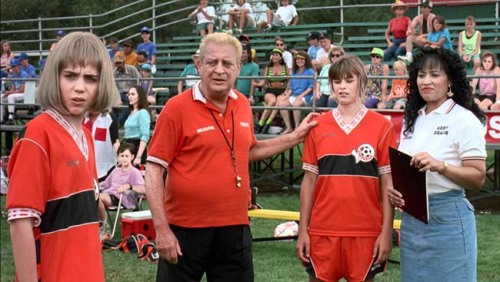 After 5-10 years of oversharing, narcissism, and selfie culture resulting in enough privacy backlashes, firings, and divorces, many users are crunching inwards toward more private communication. Brands automatically assuming they belong in this new crop of apps is a me-too mistake, the result of too much demand for rapid reaction. 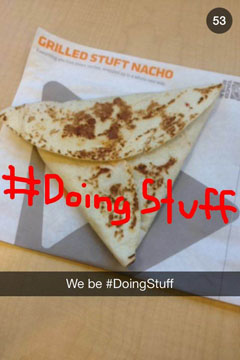 Where is the data indicating that Taco Bell, McDonald’s, General Electric, Heineken, the New Orleans Saints, 16 Handles, etc. are successful on Snapchat?

Brands on Snapchat hope to reach Millennials (those born in roughly the early 1980s to the early 2000s). Targeting a demo whose childhoods were filled with every-loser-gets-a-trophy-for-showing-up has translated to brands showing up – without even keeping score – being considered winners.

You can’t measure engagement within Snapchat.

A snap can’t benefit from the interaction of a Like, retweet, favorite, or share. Brands get more buzz off the flowery Mashable campaign coverage written by AYSO trophy-saturated writers who continually fail to proofread (a symptom of “A for effort”? – this is too easy). I’ve personally seen brand impressions from articles lauding the “organic/intimate/forward-thinking/risk-taking” efforts of marketers and their agencies for experimentation with Snapchat, Vine, etc. worth more than any fleeting impact the disappearing content may have on consumers. Not only do the messages disappear, the attention span of their target user base is the shortest on the planet.

Resources devoted to Snapchat when your other social ducks are anemic makes good linkbait when we’re all tired of hearing about the reach woes of Facebook and ineffective YouTube pre-roll. Instead of fixing problems on platforms with better tracking, targeting, reach, and content longevity, it’s easier and more fun to make stop motion videos. Now, Snapchat’s 32.9% penetration among 18-34 year-olds should not be ignored. And if you want to reach 18-25 year-olds with exclusive content – things like limited time coupons, flash sales, and behind-the-scenes footage – I see the draw. But where is the yardstick?

Lastly, we all know what Snapchat is for. Do you really want a brand’s snap next to your sext? The proximity alone should cause a panic attack.

Andrew Cunningham at HUGE wrote a nice summary of considerations if you choose to market with Snapchat. I am not saying avoid it: I’m saying stop handing out trophies for showing up at try-outs.

It’s a mobile messaging app that allows users to share photos and videos that disappear after a short time once the recipient opens the message (after 1-10 seconds or 24 hours for Stories). As of July 2014, users were sending 700 million photo messages each day, up from 400 million in October 2013.
Source: statista.com