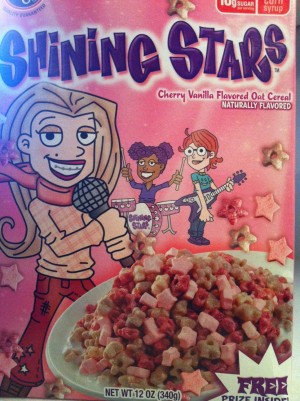 About a year ago, I discovered a Kroger brand cereal called Shining Stars. This cereal is to the breakfast aisle as Hello Dolly is to WordPress plugins. (The hope of a generation, if you will.) 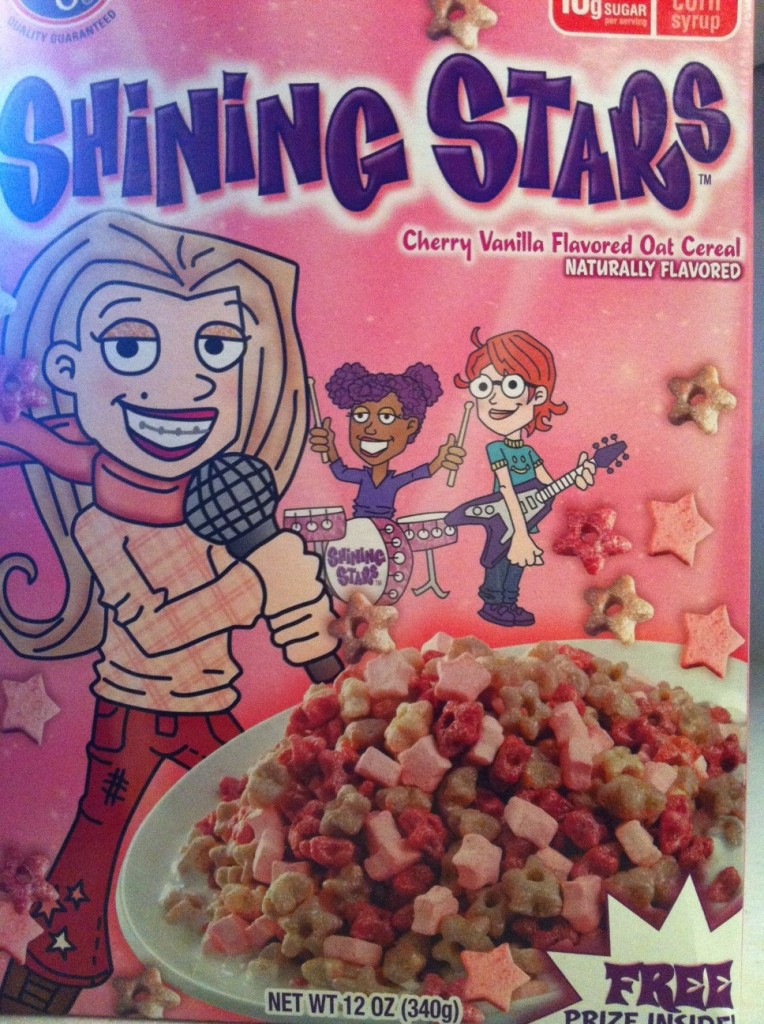 The mascots of the Lucky Charms-esque cherry vanilla flavored oat cereal are three teenage girls in a band called the Shining Stars. They are dressed pretty conservatively compared to Miley Cyrus. I think they write their own songs.

Singer Star Sparkle is wearing a high plaid turtleneck and braces. The African American drummer, Cherry Berry, has afro pigtails. Awkward but cute guitarist Nilla Crunch has red hair and glasses (she is the emo one).

I was so impressed by the positive, inspirational messages this branding sends to little girls that I had to continue buying Shining Stars and write this blog post commending the cereal. Unlike Bratz, these musical girls are actual role models for kids. 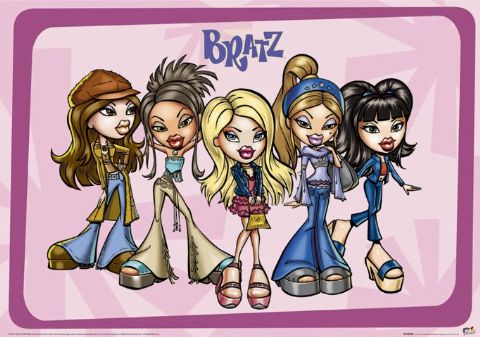 The Shining Stars are confident and independent,  talented enough that they don’t need to objectify themselves and show a lot of skin. If Star Sparkle can get a record contract in that getup, there is hope for meritocracy yet. 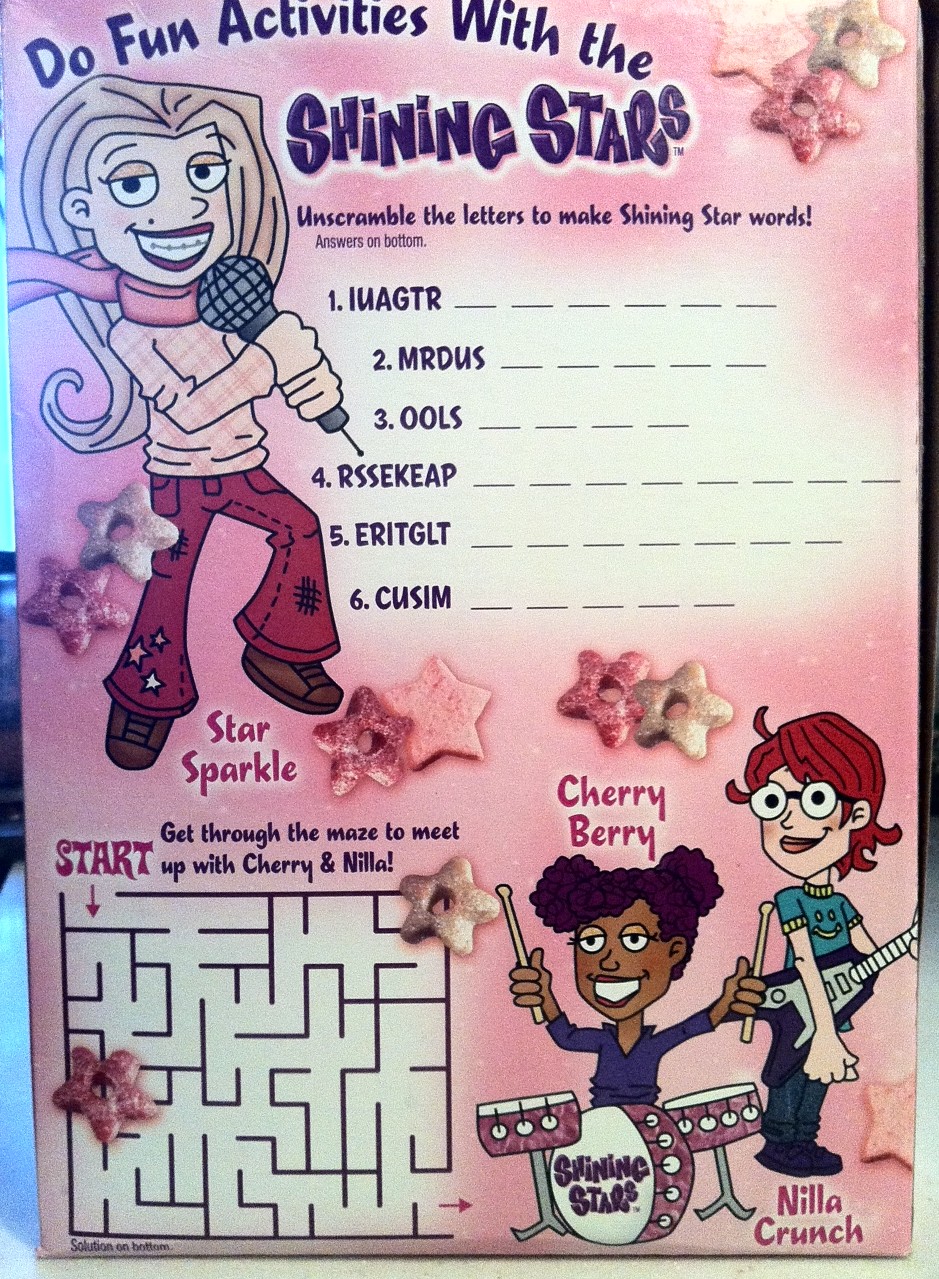 The free prize inside the box is Shining Stars temporary tattoos: 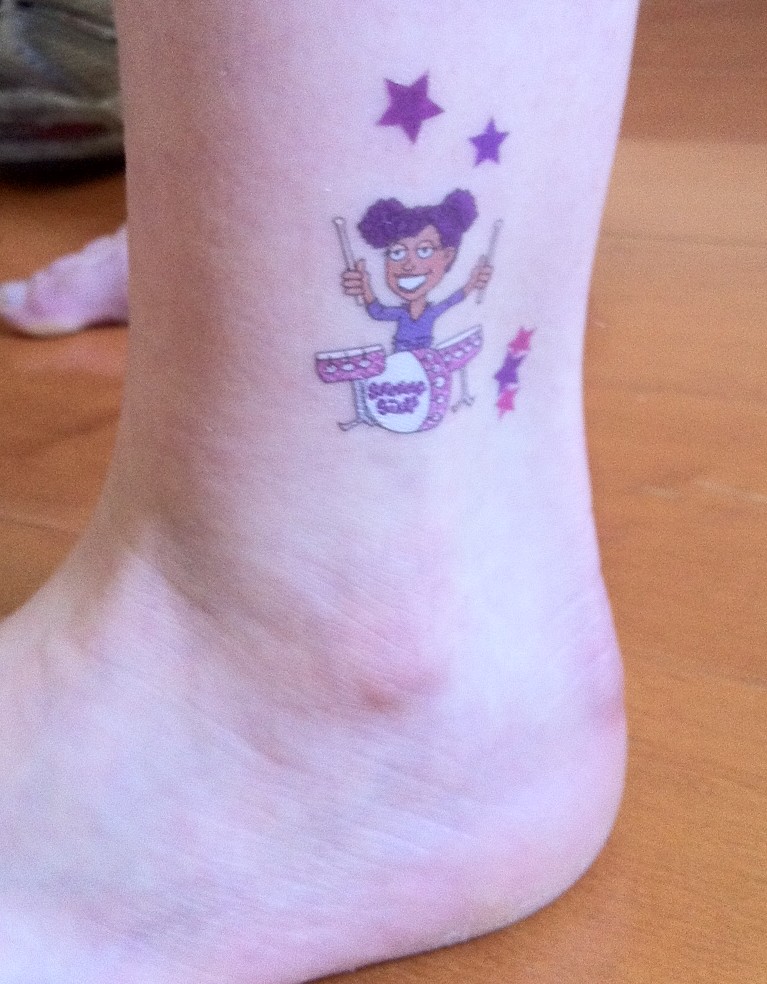 You might say Kroger has won me over as a brand advocate for this product. Apparently Kroger also did a bit of well-executed pink ribbon marketing with bottled water. 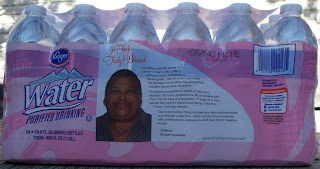 “Because the packaging on water cases is so big, it enables long-form stories that also serve to honor the courage of Kroger employees. You couldn’t do the same on a can of soup.” via @SallieBurnett