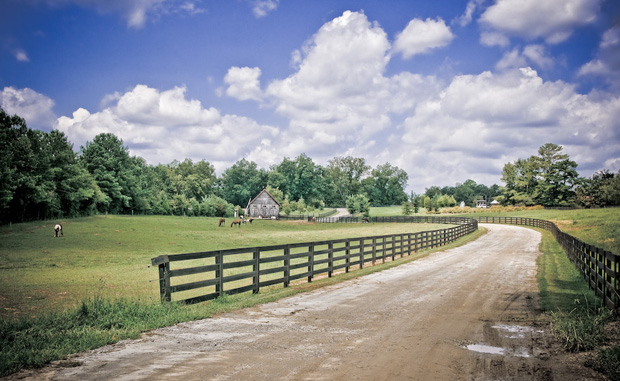 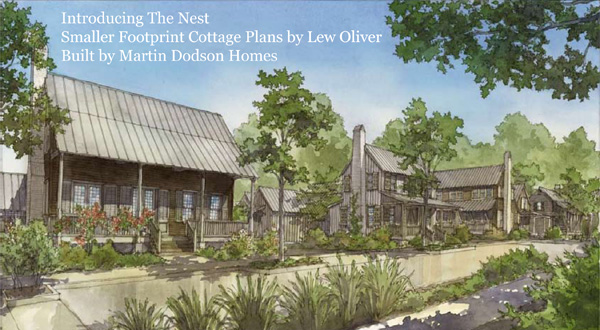 I had my first Serenbe experience last week, attending the opening of a Lew Oliver housing development called The Nest.

The cottages are fully self-sustaining and use solar panels.  The tour we took inside the model Nest reminded me of a prairie cottage with slanted roofs- with more children than bedrooms and I kept thinking about Abraham Lincoln’s childhood shack, but turned modern and green.  The theme kept reappearing- this place aims to depart from society and civilization as we know it; as we suffer it.  Pollution and gluttony and filth of urban life.  Lack of recycling bins.  Etc.  I think it’s all meant to be a giant circle- agricultural revolution –> industrial revolution –> mass commercialization and consumerism –> wealth established by few –> culture dictates the trendiness of (once counter-culture) green living –> the affluent afford to abandon the dirty consumerist city and move to Stepfordbe where eggs are fresh and granite is passe.  The trend is remarkably cyclical…

Chef’s nickname for Serenbe was apt.  Idyllic and pristine, set 25 miles south of Atlanta in a rural area, Serenbe is a sustainable, green community that appears to be like any other small farm town from the outside.  But inside the two square miles, neatly laid roads and brand new buildings with a couple shops, bakeries, and restaurants are populated by some hybrid form of a Lululemon Buckhead Betty turned Berkeley, CA and transplanted into Georgia.  They are thin, wealthy proprietors of upcycled furniture shops featured in Architectural Digest, and clothing/jewelry boutiques, whose 450% markups on Turkish costume jewelry and tattered, mis-sized frocks caused me to actually LOL.  (Note: My uncontrollable spurt of laughter at the $250 price tag on a ring I swear I bought at Claire’s in seventh grade would have been gauche only if said blonde storeowner and her small, dark, frumpy assistant had been fully checked in. Instead, my overt, indelicate reaction practically whizzed over their wined- / pilled-out heads.)  I was overall amused.

For the serious inquiring reader: Here is an urbanexus blog post about Serenbe with more pix and info.

The Hil served one of the five best restaurant meals I have ever eaten.  Impeccable service.  Ingredients are local and organic- they even have a small farm and garden outside the place, where I was forced to “pet” (read: gawk/coo over) the picturesque livestock by my animal-loving cohorts.  When a three-inch spider was discovered in my nest (hair on head), and the donkeys, though cute, depressed me at their lack of water or caretakers anywhere to be found, I simply wanted to eat indoors and stop interacting with my dinner, so to speak.

Maybe this return to simpler life is too abrupt.  It is certainly for the elite.  Re: poor city people eat cheap unhealthy food –> obesity, and being green is expensive (at least in Atlanta, we must pay to recycle, only some afford Whole Foods vs. McDonalds).  Except for public transportation vs. driving your own car– this is an inexpensive way to be green, accessible to all, but still stigmatized and arguably culturally humiliating, as Ludacris memorably explains in Crash.  I think everyone in Serenbe drove…